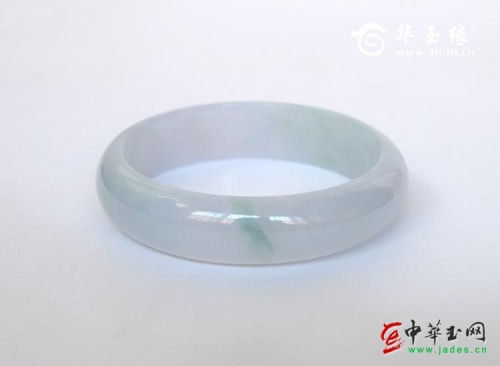 "How much is this bracelet?" "15,000 yuan." In this year's Shenyang jewelry exhibition, the reporter saw a high transparency, good water quality agate bracelet at least 8,000 yuan; ordinary jade bracelet price is at least 500 yuan, a little better quality of the point should be a thousand dollars.

The original agate, Saitama, etc. to the production of long-term low prices, three or four years ago at the Beijing jewelry wholesale market twenty or thirty yuan will be able to buy an agate bracelet, and now actually rose to a thousand dollars, the business called the glass The kind of agate bracelets even cost 10,000 yuan, which has risen several times in a few years; and the price of jade was several tens of yuan a few years ago, and it has now risen to several hundred yuan and thousands of yuan, and the jade and agate The increase was really surprising.

For the rise of agate and saitama prices, businessmen operating agate and Saitama have unanimously stated that jade mineral resources are limited. The local government has limited the exploitation of raw materials in order to protect resources; on the other hand, prices are now rising, resulting in increased costs and prices. The rise is also natural.

A business owner of pearls said that due to the impact of the international economic situation, the entire market is not in a good condition this year, and his business has also been affected. The price increases for agate and saitama are due to the fact that these types of jade have been at low prices, and prices have been extremely low, so they have a lot of room for growth.

This statement was also endorsed by senior crafts artist Feng Yunming. Feng Yunming said that the price of jadeite has risen too high in recent years, and the international economic situation is not good, so people do not have much money to buy jade, and agate, In the case of Daiyu, the price would have been very low. Although the price rose to several thousand yuan, the price was still very low compared with jade. A few thousand dollars can buy a good jade, agate product, and thousands of dollars of jade is simply blinding. Feng Yunming said that with the massive exploitation in recent years, resources have decreased and a good jadeite is even harder to find. For example, he used to extract 100 tons of fine material, and now it is possible to see a good material by mining 10,000 tons. So making a good jadeite is precious and the price increase is also great. In particular, in the financial crisis of 2008, real estate developers invested capital in the jadeite industry and even pushed jade prices to an inexorable high. However, after prices have risen, it will be difficult to fall. So, despite the sluggish market, prices are still very high. For this reason, the relatively low-priced jade variety that was originally unnoticed by people became a supplement to the market.

Reporters also saw that crystals, garnets, or agates, jades, etc., are all very popular with consumers, while the jadeite market is rarely deserted. Feng Yunming also has many years of experience in jewelry stores run in Guanyuan Jewelry City and Parkson. He provided a data based on his sales practices. According to him, this year's jade sales have fallen by 30%.

Fu Hechun, manager of Liaoning Yilong Jade Co., Ltd., introduced that in recent years, Saitama has continued to rise, with an annual increase of 40%. However, compared with the exponential increase in the price of jadeite, this growth rate is reasonable and normal. Raw materials mining and labor costs are all increasing, so it is natural for prices to rise within a certain range. The current sales situation, due to the economic downturn this year, business is not very good, low-end things rely on volume, but particularly high-end things are still very sought-after. "As raw materials are plentifully exploited, there are few good jade materials. At present, the amount of chert and rock is good, but it is rare and there are few mines; the river mill jade is left without more than 100 mu of land; The old jade has been mined, and no veins can be found!â€ Fu Hechun said, so now the price of good things is high and amazing, but there are many people rushing to ask for, and a good thing has not been set out yet. Fu Hechun said that the price of jadeite has gone up too high and it is outrageous. Many people cannot afford it. Hetian jade resources are exhausted. As a jade species in China, the output of jadeite accounts for 70% of the country's total, and it is used as a jade industry chain. The main body will have a steady increase in the future.

Liaoning Fuxin has the name â€œHometown of Agateâ€. For the rise of agate, Li Bing, president of the agate association, said that labor prices have now risen by 15%, raw material mining costs, and imported raw material prices have risen, so agate prices are also rising. . However, the new agate still relies on the artistic content of the carved pieces to increase their value.

Shenyang Exhibition is the largest jewellery exhibition in Northeast China. At this exhibition, more than 200 exhibitors participated in the exhibition. Only 120 new exhibitors from Liaoning Xinyue Agate and Xiuyan Saitama took up the majority of the exhibition. Thousand kinds of agate 10,000 kinds of jade, a variety of agate, this exhibition on the agate ice agate, aquatic agate, flower agate, water agate agate, black agate, red agate, etc., not only from the new local, but also There are Alxa, Brazil, India, etc. The reporter noticed that at the exhibition, the Fuxin Agate pavilion was rich in products, including ornaments, pendants, hand-pieces, bracelets, cigarette holders, etc. The products were also based on design, carving, and pretty colors, highlighting fineness, beauty, and Wonderful features. Xiuyan jade is known for its large volume and is often carved into ornaments. This time, Xiuyan also set up a jade sculpture exhibition area. The exhibitions are all award-winning works, including Tiangong Award and Yuxing Award, attracting many people to appreciate Kam.

The velvet and fuzzy are the DIY craft products ,they are the best gifts for children of all ages.you can use the color marker ,color pencils,crayons to paiting and creative the colors what you like ,the velvet and fuzzy with different sizes,image characters ,how funny ,Get some for kids around you. We also can do all the designs and size of Velvet And Fuzzy Products according the  artwork .